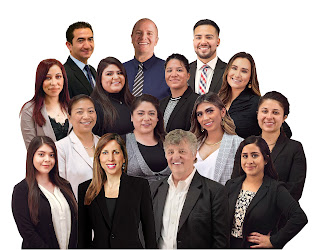 Every year, in the spring, about 200,000 foreign nationals roll the dice by entering a lottery for a chance to be able to obtain a coveted professional visa.

This visa is necessary for virtually all foreign-born professionals-- from IT workers in Silicon Valley to winemakers in Napa Valley.  For many years now, these workers and their employers have been required to participate in an annual lottery to see if they are lucky enough to be able to apply.

The visa is the H-1B  – a lightning rod for debate over how many immigrants are good for the economy, and whether or not wages are depressed by allowing foreign workers here.  For good or bad, that application season has started again.

Persons holding an H-1B visa can be hired only for "specialty occupations" – essentially jobs requiring the equivalent of at least a Bachelor's Degree in the field.  Employers must also pay every H-1B worker the “prevailing wage”;  that is, at least as much as what is typically paid in the region for that type of work

There is a limited number (65,000) of H-1Bs every year and in the recent past, these visas were used up soon after April 1st.  For the last ten years, more than 3 times that number have applied for the visa in the first week of the application period.

Until 2019, it was necessary to submit the entire application so that it arrived at the U.S. Department of Homeland Security (DHS) on April 1st.  It was always the best day of the year for Federal Express.  Immigrant lawyers would send about 200,000 of these heavy applications by overnight mail the day before to ensure receipt on the first day of the program.

For the last two years, DHS has streamlined the process.  The lottery is now conducted first and employers can simply fill out a simple on-line form to register.  This year, employers who wish to file H-1B petitions for potential employees can register between noon March 1st to noon March 18th EST.

That means this week is the last week to register.

During this period, the electronic registration must be submitted by the employer or its authorized representative. If the number of registrations exceeds the H-1B numerical allocation (which is virtually certain), a lottery will be conducted in late March. Only those petitioners who “win the lottery” – in other words are selected in the first group of eligible applicants – will be able to file a petition for that candidate.   Then the entire application must be submitted to DHS by the employer.  The H-1B petition will then still need to be found eligible in all respects in order to obtain approval.

Path to a green card?

A person holding an H-1B visa can bring their spouse and children to live with them in the U.S. while they are legally holding the visa.  Dependents obtain an H-4 visa.

The H-1B visas are good for three years and can be extended for another three years.  After six years of working in the U.S., the person must return home for one year prior to obtaining a new H-1B.

In many cases workers can obtain permanent residence during that six year period.  To do that, the employer needs to prove that no qualified American wants that job.  That is done through a complicated process called “PERM”.  The employer must recruit for the position on line, in newspapers and among its workforce, and show those recruitment efforts failed to locate an American qualified for the position.

There is a special visa for Canadians and Mexicans that gives them an advantage over applicants from other countries in obtaining such working visas.  It is called the“TN” visa and it allows Canadians or Mexican citizens to come and work in the U.S. with less difficulty than persons from other countries, provided they have the required training and education.  This visa was the subject of a prior article in the Gazette.  https://www.sonomacountygazette.com/sonoma-county-news/a-special-visa-for-canadian-and-mexican-professionals/

CHRISTOPHER A. KEROSKY of the law firm of KEROSKY & GALLELLI has practiced law more than 25 years and has been recognized as one of the top immigration lawyers in Northern California for 12 years by“Super Lawyers” www.SuperLawyers.com

He graduated from University of California, Berkeley Law School and was a former counsel for the U.S. Department of Justice in Washington D.C.  His firm has offices in San Francisco, Los Angeles and six other locations in California.

WARNING: The foregoing is an article discussing legal issues. It is not intended to be a substitute for legal advice. We recommend that you get competent legal advice specific to your case.